Once upon a time I was pretty good at math.  But right now, I can't for the life of me figure out how it's possible that y'all are FIVE.  I mean, really.

You continue to be some of the most absurdly adorable kids around.  And I am not even close to the only person that thinks that - although I might think it the most because I am your momma.  Just today, the lady at the front desk at the YMCA gave me bubbles to bring home for y'all.  She was so disappointed that you weren't with me. We never go to the commissary without someone wanting to catch up with y'all. I am not saying y'all are perfect, because we know that is not true.  But you sure do bring some delight with you wherever you go, and you spread it around to anyone that is looking for some. 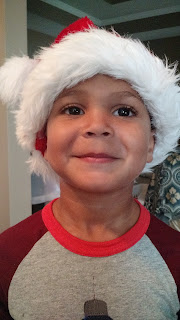 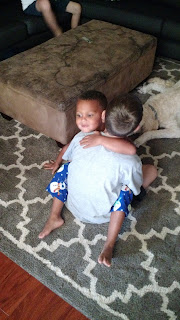 Franklin you are a mastermind.  You are constantly thinking.  Sometimes you are trying to figure out wht is for dessert so you know how to approach dinner.  Other times you are wondering about why the wisemen brought Jesus "Franklincense."  You ask a lot of questions about how things work and why things happen the way they do.

You love to help.  Recently you've shown interest in wiping off the table after dinner, and I know Walker is hoping you'll end up taking the job over for him.  You are usually the first to volunteer if Daddy or I ask for help with something, and you generally like to finish a job once you've started -- unless its picking up your own bedroom. 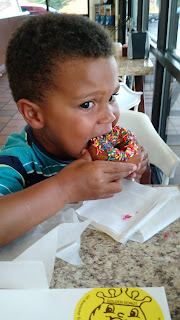 You love your brothers quite fiercely and you'd take their side over anyone else's almost every time.  You really love spending time with your big brothers in their bedrooms.  Its a rare treat for you and its adorable how much you like it.   You like to win, but you don't want to work for it.  We are hoping maybe the feeling of winning will eventually be a motivator for you.

You still love the sweets better than just about anybody else in our family {possibly the world.}  You can still eat them faster than anybody else too.

Lincoln, son you are so sensitive.  And not sensitive in the "oh that hurt my feelings" sort of way, but in the way that means you feel things down deep.  And not only do you feel them, you think about them -- for a long time.  You ask hard questions and you are patient with me when I struggle to give you an answer that satisfies you.  When I had some sad, sad days you would sit close to me to make sure I was OK.  You love your family, and not just the ones that live here.  You love your WHOLE family and you make big plans about us getting ALL together.  You often ask if we are going to "meme's house" or "yaya's house" or "grandma's house" and you never seem quite happy with the answer when we tell you its far far away.

You are a defender of justice, in big and small ways.  If Franklin doesn't get a treat, you'll split yours in half.  If Wilson shoves Walker you'll run at him full-steam ahead to retaliate.  You like things fair and predictable; which isn't always practical here on earth.  You are pretty fearless most of the time.  You try new things and meet new people.  You are especially brave when Daddy is by your side. 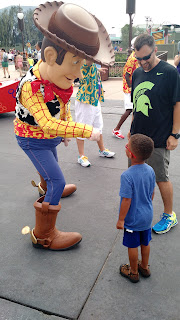 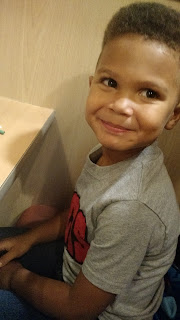 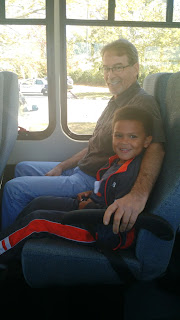 You two are absolutely unique in the way God made you.  People still occasionally ask me "which is the bad one?"  This question always makes me wonder What On Earth?  But I almost always answer "depends on the day."  {And honestly, some days my answer should be "me."} 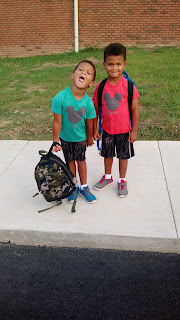 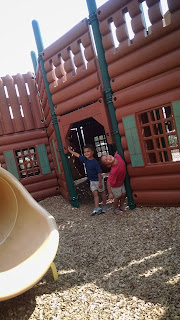 Occasionaly you "trade" personality traits.  Like in the pictures above, Franklin is being silly in the first one and Lincoln is in the 2nd.  You refuse to be labeled and we don't mind a bit.  We love you both so very much.  Its fun to see you get bigger even when we tell you to stop growing so fast.  You are stuck with us forever and always no matter what.

So I have carried this post around in my head for weeks.  And I have hesitated to type it up because I didn't want to write another post about running.  Truthfully, its not r-e-a-l-l-y about running, but the half-marathon is the backdrop.  I hope you'll hang with me even if running is the last thing on your agenda.  Ever.  Because I learned something humbling from this half-marathon + I think it might encourage you with whatever goals you set.

As you know I set out to run a half-marathon in November, I printed a 12 week training plan and followed it pretty closely.  Then 10 weeks in to the training, I got weird + panicky and felt like I should set a finish-time-goal.  As if somehow running 13.1 miles all at once, for the first time ever was not a clear enough goal for myself.

On race day, I completed my 13.1 miles.  Honestly, it was mostly magical.  Brad snapped this picture as I crossed the finish line.  You can see I was happy. 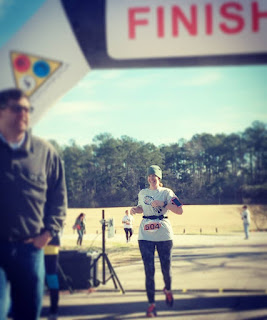 But this really weird thing happened when I found out my time.  I was a 1 minute 34 seconds behind my goal of finishing in 2 hours + 30 minutes.  And it really bothered me.  So much so that I told nearly everyone that asked me about the half.  This disappointment colored the whole experience.

Its weird to think that I ran 13.1 miles and ended up mad about a minute and thirty-four seconds.  Its like it wasn't good enough.  It got pretty awkward inside my head.  When I reflected on my run, it was so great, lots of joy.  Yet when I thought about my finish time, there was discontent.  I wanted to just move on from it, but God kept urging me to explore this space between the joy + the discontent.

As I prayed, this phrase about 'running well' kept coming to mind.  I knew it was a verse but didn't know where, and I wanted to find the context.


"You were running well.  Who prevented you from obeying the Truth?  This persuasion did not come from the One who calls you."  Galatians 5:7-8 HCSB

In reality, my novice half-marathon training plan didn't have any goal times or speed work. All along I just ran at a pace that was comfortable for me.  My goal was to run a half-marathon, but as race day approached I decided the goal should be to run a half-marathon in under 2 hours + 30 minutes.  It was a mistake.  I only added to the original goal because I thought "all the other runners" had finish-goal-times, and I should too.

As I reflected on this, I realized that we do this kind of thing ALL THE TIME in all different sorts of ways. We add to our goals to somehow make them more measurable -- a way to make ourselves measure up. At times, we even allow the enemy to influence these decisions.

Perhaps we set the goal that we want to eat dinner at home more frequently, so we make the meal plan and the grocery list and we cook three nights in a row.  Maybe the fourth night the brown rice is crunchy and kind of gross.  Rather than celebrate the first three nights, we focus on that dumb rice.  The goal was eating at home more frequently, but then we decide after-the-fact that the goal should've been to cook perfect meals every night.  And our joy withers.

Or maybe we branch out and launch a crafting group.  We plan the activity, we gather supplies, we invite some friends, we set the time.  And two people come.  Rather than celebrate that we took a brave step to host a craft group we feel badly that there were only two people.  The goal was the crafting group, but after-the-fact we decided that goal should've been 7 people showing up.  And we feel a little embarrassed.

We decide that we'll get all caught up on laundry Friday.  As each load finishes, we fold and put away, all day we are ON IT.  Then the littles wake up early from their naps.  So the last load stays in piles all over your bed until you are ready to fall into it at 10 pm.  {Look, 10 pm is late for me!} Rather than celebrate that the hamper is empty we fuss because we should've remembered to finish that load before 10pm.  And we get crabby.

Here's the thing, there isn't anything wrong with setting goals.  And its even OK to set specific, measurable goals.  The problem is when we should ourselves. We edit our goals in a way that leads to discontent even if we accomplish our original goal.  Perhaps the edits would be excellent in shaping our goals for the future, but setting that bar too high, too late can cause us to be hesitant to try again. 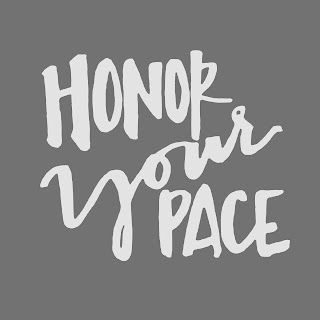 Let's honor our own pace.  Let's accomplish the goals God has set before us, and not be distracted by the goals of those around us. Let's consider what He has called us to, and ask Him how we can bring Him the most glory in getting it done.  Let's stop worrying about what everyone else is doing and look at what He has done.  Let's celebrate the goals we reach as we adjust to reach further. Let's stop shoulding ourselves into places of discontent. Let's kick the joy-stealers to the curb and keep on running well.
Posted by Unknown at 09:00 1 comment: 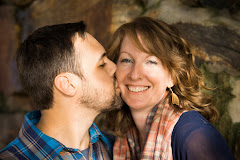 I am a candy-loving, coffee-drinking, Jesus girl. God has blessed me with an incredibly awesome husband and four wonderfully rad boys.

what I'm writing about